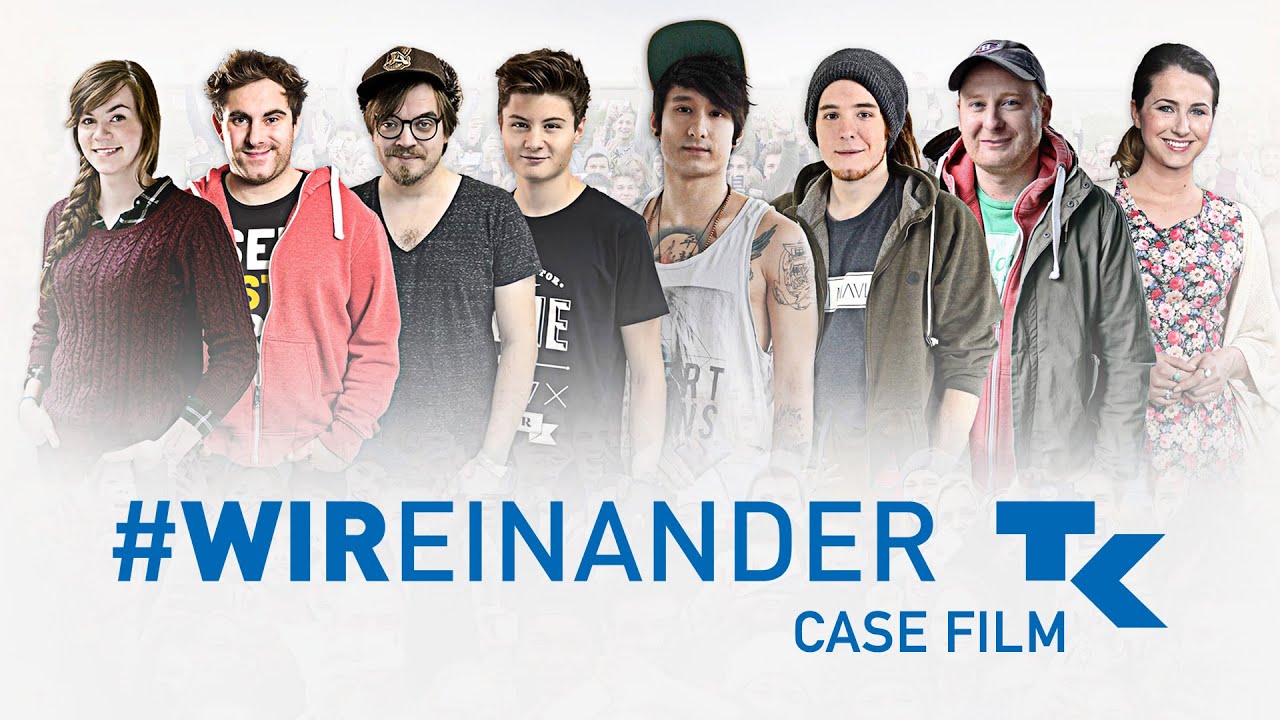 Young people don’t really care about health insurance or sickness. So I together with my team, developed and produced this image campaign to raise higher awareness to one’s own health and to link this emotionally to the health insurance company.

Online influencers explained how they personally dealt with fighting diseases in their past. We turned their stories in small flashback movies with high production value. The YouTubers then encouraged their communities to share their health stories as well on YouTube, Twitter, Instagram and Facebook, using the Hashtag #wireinander. Thus #wireinander became a virtual home for young people who had to go – or still were going – through hard times as well.

After all videos were released in April 2015 they had garnered over 10m views. Thousands of young people shared their stories in posts, vlogs and videos across all social platforms. They still occasionally do that today. Advertising recall for the TK went up over 60%. They gained 100% more followers on Twitter and 200% more subscribers on YouTube. The total online and offline reach for this campaign was at about 300m contacts. And, although never intended, at the end of the campaign the TK had a significant higher number of new young members.
Not to mention the tons of articles in several on- and offline publications and many, many awards.